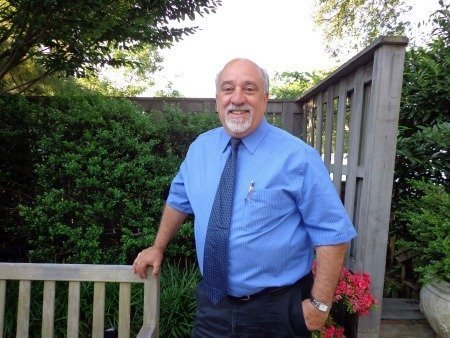 2013 is a year of expansion at Goldberg & Rodler. Sal Masullo started with us in February and everything’s been coming up roses ever since. Sal graduated from SUNY ESF (State University of New York, College of Environmental Science and Forestry) with a Bachelor of Landscape Architecture in 1983. He spent a semester abroad in Nice, France studying the gardens, plazas and other outdoor spaces of southern Europe. Previously, Sal worked for Ireland-Gannon, a landscape contractor, before making the move to Goldberg & Rodler this year. Many of his projects have received awards at the local, state and national levels. Sal fits in perfectly at Goldberg & Rodler with his upbeat personality and his expert knowledge of plants, design and spatial reasoning.

In his free time, Sal loves to go fishing, play the drums in his band and prepare and enjoy fine foods. We look forward to his continued contributions. If you’d like to get in touch with him, contact us here.