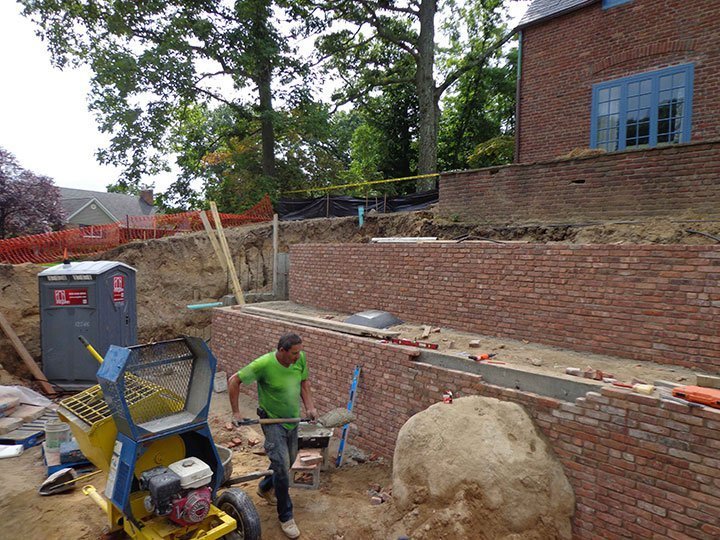 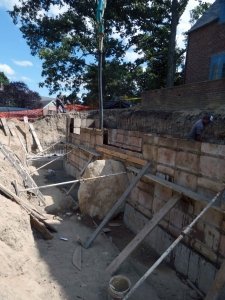 Goldberg and Rodler broke ground this summer on a full scale residential landscape revitalization in Port Washington.  The conceptual design phase started over a year ago and is now being realized in physical form.  Given the size of the project and its many components, various permits were required by the town to allow the early 20th century house to be brought up to current codes and regulations.

Forms are put in place before concrete is pouredRichard Schneider, a Landscape Architect at RS Designs, partnered with Goldberg and Rodler and a structural engineer to design a multi tiered wall system to retain an existing steep slope.   The footings of the walls were engineered to maximize structural integrity and prevent collapsing.  This was a pivotal component of the project and required collaboration on all fronts between designers, engineers, excavators, surveyors, and masons.  Two hazardous red oak trees were removed from the front yard and revealed the house in its entire glory sitting atop the hill like an old historic manor.

The major excavation of the front yard began with removing an existing cesspool, and installing a new sewer line from the house to connect to the municipal sewer system out at the street.  After the line was installed and inspected, excavation began for the two major walls.  We dug over 10 feet down to reach the base of our proposed footing.  Like almost all projects, some things can just never be anticipated.  While we were digging we encountered a massive boulder sitting directly in the center of our proposed wall.  The boulder is so large that moving it could jeopardize the structural integrity of an existing masonry porch in front of the house.    We solved this by forming the new wall foundation around the rock and drilling rebar directly into it.  After the walls were finished, they were faced with brick to match the traditional style of the house A brick veneer was added using reclaimed material to match the historic look of the house. 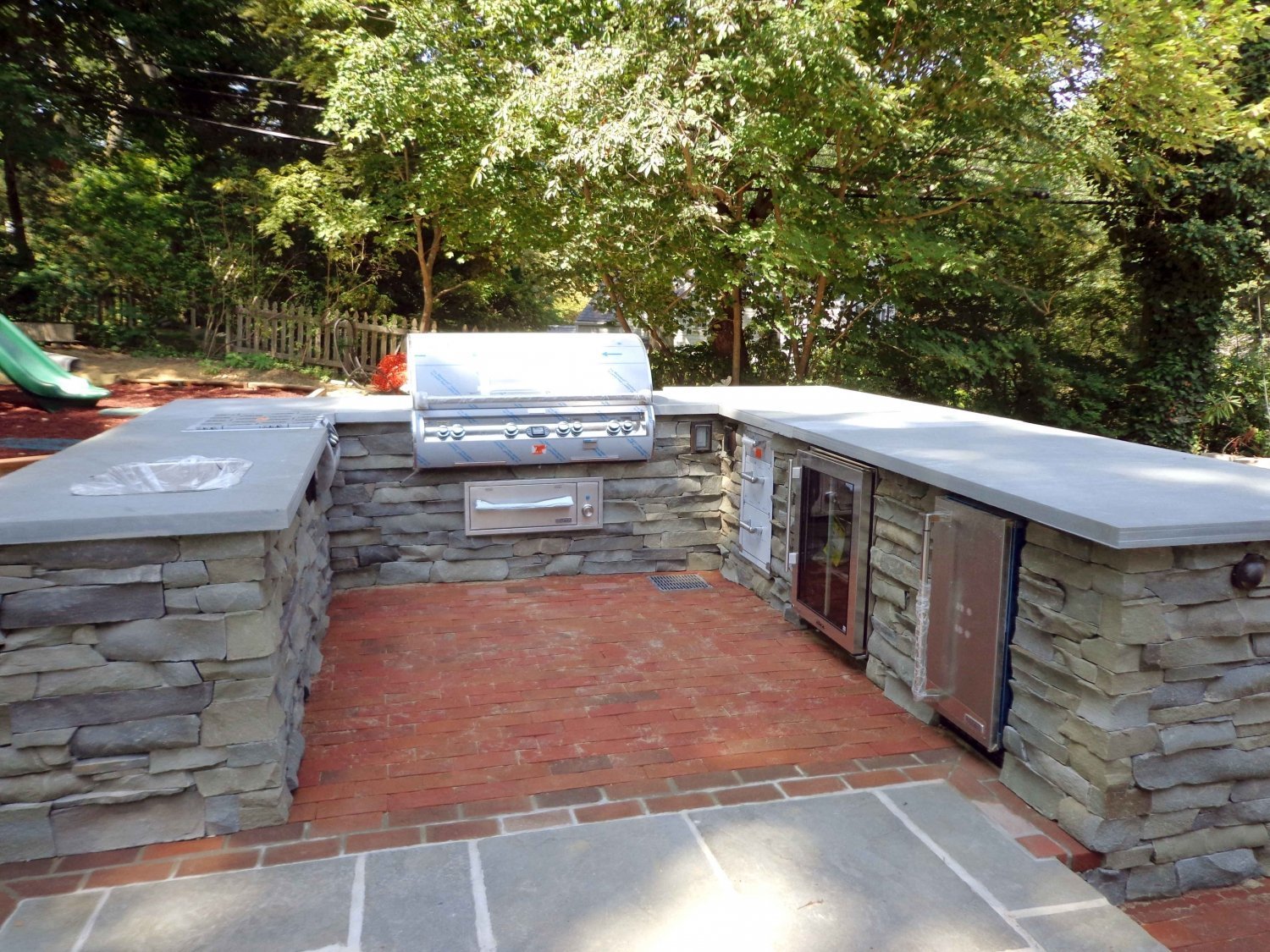 Outdoor kitchen with bluestone countertop, BBQ, warming drawer, ice maker, refrigerator, and storageNext, we coordinated the design and installation of a luxurious outdoor kitchen and bar fully equipped for entertaining.  The existing patio was extended to accommodate a custom fire pit.  This outdoor living space is a priority for the client, and we wanted to provide a comfortable environment while maintaining a rustic aesthetic.  Look for updates on this project in the upcoming months to see the final components evolve into the finished design.